Face east and look about half way up toward the zenith, which is directly overhead. Here, you'll easily see the bright and big planet Jupiter. Use a telescope to enjoy views of its four brightest moons Lo, Europa, Ganymede and Callisto and its striking equatorial cloud belts. A 3" or larger telescope gives rewarding views. Fire in the Sky On Saturday night, Nov.

This shower is predicted to peak on the night of Nov. The Leonid shower is known for its bright meteors, the brightest of which leave a trail high in the sky that can take several seconds or longer to dissipate. You can take a better look with a telescope using a wide-angle eyepiece. From a dark sky site this galaxy is an easy naked-eye object as well; Andromeda is the closest large galaxy to our own Milky Way, about 2 million light years away.

With binoculars, you can tell that it is really two open star clusters side by side, the famous Double Cluster in Perseus. They're also very young clusters. Astronomers believe these are only about million years old, just "babies" on the cosmic timescale! Use a star chart to look for it in 50mm or larger binoculars. If you have a dark sky to observe from, you can even detect this galaxy with the unaided eye. In fact, M33 is used as a test by many experienced observers to judge the darkness and transparency of a potential observing site.

I looked up into the rear view mirror to find myself staring at two bright headlights glaring back at me like angry eyes.

A part of me was somewhat overjoyed. Dark, creepy roads are far less creepy when someone else is with you. The other part of me, the imaginative part that always seemed to question if the shadows were looming closer in the darkness, wondered if this car was the reason why Eden Canyon had laid claim to so many cars. Images ran through my head of this car gunning it and shoving me off the road, leaving me in some ditch as a crazed hillbilly butchers me.

My fingers clutched the steering wheel tightly, knuckles turning white as I kept glancing back nervously.

The image of some toothless brute ripping me from my vehicle kept popping into my head. I jerked the wheel and my car bounced onto the side of the road, kicking up dirt and sliding rather closer to the rear-end of another mysteriously abandoned sedan. I gripped the steering wheel tight and held my breath until the car zoomed past me. God, why did I have to have to be so stupid? That guy was probably just trying to make it home. I decided then that I was going to turn back.


The screeching of brakes caught my attention before I could pull out. I looked up and the fog seemed to clear enough for me to see the car halting not far down in the middle of the road. I swallowed and began to shake. Oh here it comes. Hillbilly murderer was going to turn my skin into a lampshade. But the car just…sat there. It seemed rather rotund and bulky and moved with an odd shuffle to its steps, like its legs were two different lengths.

As it came closer, I could almost make out details of it. I could see what seemed to be the shape of a man with some kind of large thing on his back. Like one of those giant camping bags people take with them when they want to spend three months in the woods. But did they really use bags that big? His head seemed to twitch slightly and I figured this guy almost got hit and was going to give the driver a piece of his mind.

The man shuffled back, jerking oddly as the car door opened and the driver stepped out. He seemed like a young guy, probably early twenties. He stepped out slowly and then…just stood there. He stood still, hands hanging at his sides as the backpack-wearing man seemed to look him over.

I narrowed my gaze, wondering what the hell was going on. It was large, I could tell even from this distance and with poor visibility. Too big. He just stood there.


My eyes widened as I stared in shock. What the hell? This thing…what was this thing? I knew that now. 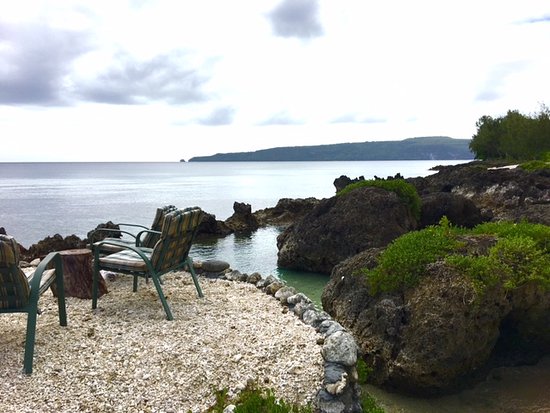 And why the hell did the driver just walk out and let it kill him? Questions raced through my head, running like a marathon through my mind. I moved only when I noticed that the thing was starting to walk toward my car, one hand still gripping the head of that poor driver, dragging his corpse along like a limp doll. I looked about suddenly as I tried to figure out my plan. I almost switched off the lights but, if I did, that thing would know for certain that someone was in the car.

As it drew closer, I went with the only plan I could think of. I pulled the seat back and then slipped down to crouch down by the pedals.

Which also meant that the thing would be able to see me if it looked down as well. I prayed that it was dark enough for me to be hidden. My eyes focused on that window, staring at it as I held my breath. All I could do now was wait and hope. It had to be that moment that the fog seemed to clear, letting enough moonlight down so that I could make out some detail beyond my window. Maybe, it had been a man. But not anymore.

The Rivers of the Garden of Eden

A crooked nose stretched out and curled downward to a mouth it seemed to smack in circular rotation. Eyes seemed to bulge out of their sockets, threatening to pop out any moment. Beyond that ugly face, I could see what I thought had been a backpack was really an odd mixture of a misshapen hump of flesh, bulging out like a massive tumor that was attempting to swallow him up and pieces of metal jutting out of it.

I abandoned that questioning thought as a hand rose and smacked into the window while it peered in. That hand matched its owner, a large wrinkled appendage with a swollen palm and sickly skinny fingers stretching out from it. I had been right. Attached to the ends of those fingers were large claws that tapped against the glass as it drew closer. For a moment, those bulbous eyes locked with mine. They seemed to widen, staring into me. I could feel those eyes looking into me and…past if that was possible.

Looking for Eden at the Bottom of the Ocean

Like they were pushing past my gaze and into my skull. I grimaced and my head jerked. I felt sick and struggled to hold in bile that was quickly trying to make its way up my throat. Then, my muscles suddenly tensed. One of my hands rose on its own and fell upon the seat. Nor did I tell it to pull my body up from my heading spot, letting it slip out into full view of that monster.

My stomach lurched as I realized now why that man got out of his car. That thing made him do it. It had some control over him. And now it was using it on me.